Looking askance at our 'corrections' system

I’ve been following the efforts of justice lawyers to stop mass incarceration and have learned that Arizona is behind in its work to improve our prison system — way behind in keeping us safe, way behind in screening those arrested, way behind in making improvements to jails and prisons. In Arizona, nonviolent offenders spend almost twice as long in prison as the national average, and 40% longer for drug offenses. The need for change is urgent, the experts say.

As a former teacher I’m especially concerned about the welfare of young offenders. Last month Justice Brett Kavanaugh wrote the majority opinion that a minor can still be sentenced to life without parole if the young person is “permanently incorrigible.” Isn’t the problem of children who commit crimes more complicated, more nuanced?

I’ve been to prisons and jails with my credentials spread out on grubby tables, heard the sounds of clanking iron, and been left in waiting rooms with stained walls and pungent smells. One time I was ordered to change my shirt before I could enter because when I lifted my arms the waistband of my slacks showed. I was visiting a teenage student from my sophomore English class who’d been sentenced to life in prison for murder, and I was too intimidated to laugh at the waistband rules. I walked into this:

Quiet desert
Enormous towers
A huge place with tiny humans
Ants in a remote stronghold.
He waits in a noisy room
Plastic chairs
Peeling walls
A boy of seventeen
In a hot Mojave fortress
Two men; a fat woman
In dark green
Hung with weapons
Survey from above
Bored and chewing
Who are you?
His teacher
That’s a new one.
The boy’s face
Fair/blue eyes
Meant for angel paintings
You came.
Yes.

Charles is still there, now a sick middle-aged man. His attempts at parole, over the forty years he’s been locked up, have been unsuccessful due to department ineptitude and his own reluctance to speak up and show contrition.

While serving his sentence he has managed to get academic credits and obtain various jobs that help him survive. He’s taught himself computer skills and assisted prison workers. I’ve monitored his writing and watched him grow intellectually. He has developed a newsletter, hoping to reach an audience, but he is not capable of shouting for his rights. Child offenders, like him, are supposed to get special consideration, be eligible for parole when found to be cooperative, but Charles can’t demand. He’s a quiet person.

The detectives, the lawyers, the probation people I’ve met have sometimes been talented and kind. The facts, however, are hard. In his book American Gulag, Mark Dow reports that American immigration authorities hold people in prison under extremely harsh conditions, like the Somali man they left to bake in the sun in a sealed car to discourage other immigrants from applying for asylum. In Ted Conover’s book Newjack, Guarding Sing-Sing, about his job as a prison guard, he describes dehumanizing conditions. Again, the need for change is urgent.

I’m appalled by our efforts to contract out the building and maintenance of prisons to private companies to run them for profit! The results have failed. Scotland, New Zealand, and Norway have instituted some productive, humane solutions that deserve attention, and I’ve read that South Carolina, Mississippi, Georgia and Texas are slashing incarceration rates after concluding that the old lock-em-up policies are a pricey failure. North Dakota has made changes after studying the innovations in Norway, where guards must have at least two conversations per shift with each inmate under their supervision. What a concept!

Mostly, we’re afraid to coddle prisoners lest we encourage them and let them loose to hurt us. It’s time Arizona took a more sensible look at our systems. What keeps us safe, anyway? It doesn’t seem to be adding new jails and loading cells with people of color. I’m sure it isn’t English teachers whose waistbands might drive a prison population to revolt. I’m not qualified to pronounce on what can work best: decriminalize drugs? improve our schools? find ways to employ young men? better training and screening of police? I do know we need a system in which a boy like Charles is not lost forever.

I like the metaphor ‘raising all boats’ as a way to look at social problems. With the goal of improving life for all people, I think our kids will thrive. 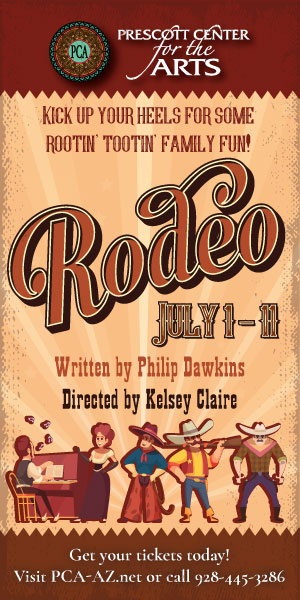